It feels weird to say, but I think that the meme cryptocurrency of the decade, Dogecoin, may have tangible upside.

On the UpOnly podcast, Raoul Pal, ex-Head of European Hedge Fund sales at Goldman Sachs and a staunch believer in cryptocurrencies, admitted to holding some dogecoin.

Only a few podcasts later in my listening rabbit hole, on the ARK Invest For Your Innovation podcast, Elon Musk stated that dogecoin is one of only three cryptocurrencies he holds (second to Ethereum and Bitcoin).

Why do such well-known and respected business leaders have allocations to Dogecoin?

An Era of Speculation

Due to the rise of brokerage-free and fractional investment platforms such as Robinhood, financial markets have become more accessible than ever before.

The ordinary person's approach to valuation is counterintuitive to most people with a background in finance.

Retail 'mom-and-pop' investors are entering the market at a rapid pace, most with no financial background, education, or advice.

Financial commentators have claimed that this phenomenon is detrimental to traditional market efficiency. They're probably correct.

Every day, people continue to pump their stimulus checks into deep out-of-the-money SPY puts and GME call options, watching thousands of dollars evaporate instantaneously and posting their steep red charts in r/wallstreetbets. It's entertaining to watch, but I can't imagine the feeling. There's a strong probability that the money could be put to better use.

Cryptocurrencies have, no doubt, contributed to the rapid inflation in asset prices as people find more money in their pockets and look for ways to inve... spend it...

Dogecoin was almost a 'double F you' to the financial system, created in 2013 to make a joke of the wild speculation occurring in cryptocurrencies at the time. It's a meme of what was, at the time, a meme.

Following a period of volatility, Dogecoin sunk after Elon Musk's appearance on Saturday Night Live in early May 2021. I guess his monologue didn't live up to the hype. The cryptocurrency fell 34% by the time the show had finished.

Naturally, Dogecoin has the ultimate meme status. The community has branded it as speculative and functionless. 99% of people will tell you that it makes absolutely no sense to invest in it long term. Fair. This level of volatility isn't appealing to most.

So what is the value of Dogecoin? Recently, I've been thinking about the modern approach to asset valuation. I believe that we live in a 'hype era' where asset prices are directly correlated with the attention and free marketing that an asset or asset class receives.

People love Dogecoin because it's a meme, and this is a net positive for adoption and brand awareness.

Elon said it himself on Ark Invest's FYI podcast episode titled 'The B Word':

The Doge community, I think has somewhat irreverence ... and has great memes and loves dogs ... and it doesn't take itself too seriously. There's Occam's razor, [which states that] the simplest answer is the most likely one.

This is, essentially, identifying that the meme status of Dogecoin holds some value. Weird as it sounds, I think this makes sense. People have significant distrust in our traditional financial institutions and have found a welcoming, straightforward, and meme-worth cryptocurrency to rally around.

I believe that Dogecoin has the potential to rise in price for one key reason: it has an extremely strong user base waiting to be monetised.

As of the date of writing, Dogecoin has a market capitalisation of US$31bn, peaking at around US$85bn earlier this year. There are 4.3m cryptocurrency wallets currently holding Dogecoin, with 80k of these holding more than USD 10,000. It is the 10th largest cryptocurrency by market capitalisation. For those familiar with crypto, this is bigger than Uniswap, Terra, Litecoin, Avalanche, and Chainlink, widely considered as higher quality blue-chip protocols.

For several cryptocurrencies, the biggest barrier for onboarding users is the complexity of modern wallet systems. Since cryptocurrency is in very early stages, it is difficult for the average person to understand how to buy and store crypto in a virtual wallet. Nevertheless, 4.3m people have made the effort to figure it out.

Extensive fan base and emotional attachment

This extensive fan base is coupled with a strong emotional 'HODL' attachment to the coin. Dogecoin is quite unique in the crypto space because there is a negative culture towards selling. I'm not going to argue that this culture is rational, but it speaks to the strength and values of the community.

Accessibility on Several Exchanges and Platforms

The large user base is thanks to, and continues to support, increasing accessibility of the coin on reputable cryptocurrency exchanges. CoinMarketCap lists 361 markets for Dogecoin with varying levels of liquidity, the largest being DOGE/USDT on Binance (USDT is the USD Tether stablecoin, a cryptocurrency which is pegged 111 with the USD).

Over the last three months, the number of active wallets holding Dogecoin has hit considerable highs:

But it's just a meme currency?

Ok, so people are jumping on the dogecoin bandwagon to feel involved in a meme currency and eventually watch their wallets go to zero.

A common piece of advice in investing is to 'be a contrarian'. While I don't think it's valuable to be a contrarian for the sake of being a contrarian, it is often the best way to identify mispricing.

While I won't touch on the other crypto projects aiming to create more energy-efficient solutions than Bitcoin (e.g. Litecoin and Ripple (XRP)), Dogecoin is a feasible payments mechanism with deterministic inflation. Mark Cuban, known for his role on Shark Tank, tweeted:

The feasibility of Dogecoin as a payment currency, paired with a strong and loyal user base, makes the cryptocurrency primed for monetisation. I believe that Dogecoin is priced at US$0.23 because the user base is yet to be monetised. There are limited ways to transact in Dogecoin. It is primarily used to transfer money between friends.

Development of the Dogecoin blockchain and ecosystem may be the perfect catalyst for a re-rating. Somewhat behind the scenes, the Dogecoin Foundation was re-established in August 2021, 'with a renewed focus on supporting the Dogecoin Ecosystem, Community and promoting the future of the Dogecoin Blockchain.'

Notably, the founder of Ethereum (the second largest cryptocurrency and blockchain protocol), Vitalik Buterin, has joined the foundation as an advisor. On numerous occasions, Vitalik has hinted at a future where Dogecoin bridges into the Ethereum ecosystem, unlocking significant value for Dogecoin holders. On Lex Fridman's podcast in June 2021, he stated:

I definitely don't think ethereum is opposed to dog coins. I kind of want the fans to feel like ethereum is - at least a little bit - in spirit itself a dog coin.

The Foundation is also advised by Jared Birchall, the head of Elon Musk's family office. It will meet monthly to discuss issues related to Dogecoin and secure three years worth of funding to hire staff and work on Dogecoin full time.

As scepticism of Dogecoin continues to rise, the more attractive the price looks. Dogecoin has significant user adoption and a feasible energy-efficient payments system. The protocol recently revived its Foundation to secure full-time staff to work on the project and is advised by some of the biggest players in the crypto space.

If the Foundation is able to secure more partnerships to develop the ecosystem and increase merchant acceptance and advocacy, Dogecoin can effectively monetise and grow the user base to unlock substantial value. With an established culture and die-hard fan base, it's already won half the war.

Disclaimer: As of 16/10/21, I have holdings in Ethereum and Bitcoin, but not Dogecoin. 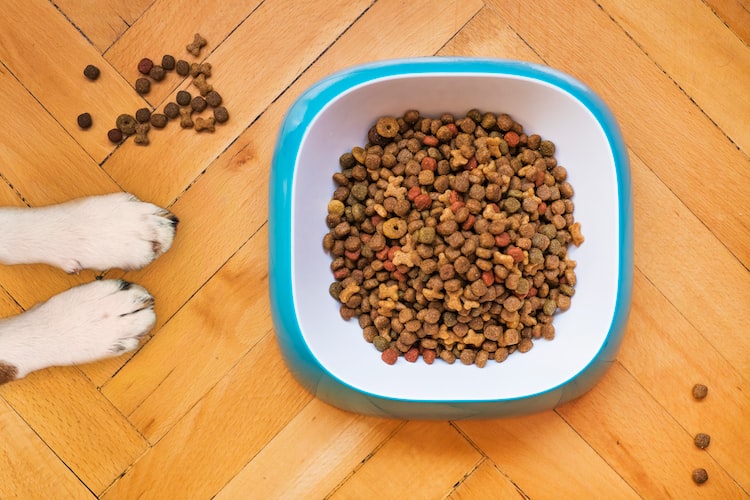 The Investment Opportunity of Pets

This is not investment advice, but I'm convinced that the pet services industry has some serious growth potential through 2H21 and 1H22.
Sep 20, 2021
5 min read